The Story of Yamaguchi

When Japan transitioned from the Shogun to rule by Emperor it was divided into 47 prefectures. Yamaguchi Prefecture gained a reputation as the home of forward-thinking artists, teachers and politicians who embraced the unconventional – these were often considered the rebels of this island nation. It is believed that the people of Yamaguchi are unique in that regard. Yamaguchi Beer follows the Spirit of that tradition. 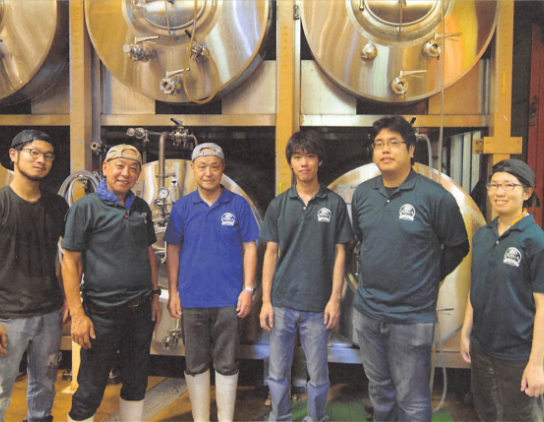 The Craft of Brewing is a Family Affair

The microbrewery was founded by the Nakagawa Family in a beautiful, park-like location adjacent to the Narutaki Falls, the waterfall pictured on the Yamaguchi Beer label. “Narutaki” means the “sound of birds”. The family’s matriarch first identified the pristine location. She was joined by her two sons and other family members who each have a role in the brewery’s day-to-day operations. 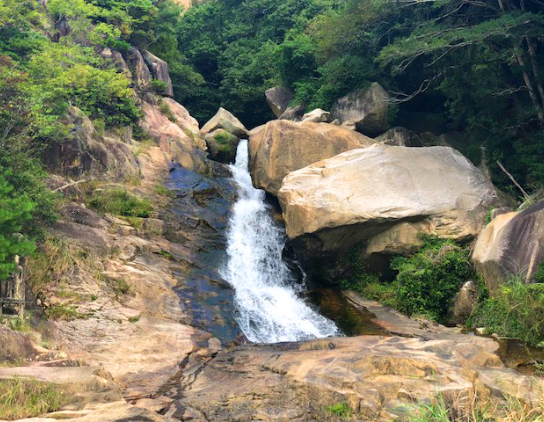 The Waterfall is the Soul of Each and Every Beer

The natural sedimentary rock of this location provides a geological filtration system for the pure, clear water that comes from deep within the earth. That water is our first ingredient, and contributes to the unique character of the beer. It is the marriage of premium ingredients and the Brewmaster’s craft that balances and contrasts the flavors of each variety. In addition to the spring water, many of the beers’ signature ingredients are sourced locally. Most of the malt is derived from barley grown in Japan. Yamaguchi blends Ibuki hops with traditional European varieties to achieve a unique flavor profile. Nothing is left to chance. Many yeasts were tested to arrive at these very special varieties used in the fermentation of Yamaguchi Beer.

The Yamaguchi Brewery and Restaurant Saint-Remy-de-Provence opened in 1997. 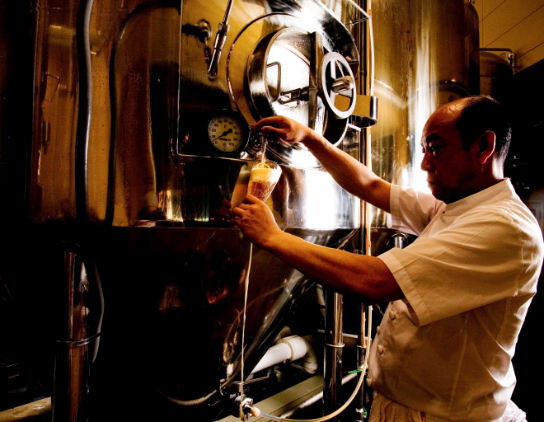 Masahiko Yamamoto, Yamaguchi’s Brewmaster, has a secret ingredient: time. He uses it liberally – taking nearly a week for the brewing process compared to most craft beers, which are pumped out in a day. On day one the process starts by steeping the dried malt in hot water. This converts the starches to sugar. The gentle fermentation continues for up to five days. Unlike other microbrews, Yamaguchi moves the beer from vertical stainless steel tanks to lateral ones near the end of production. This helps maintain a consistent fragrance and helps eliminate the dead yeast taste, found in some craft beers. At this stage, ripe fruit is added for seasonal varieties. All along the way Mr. Yamamoto checks the taste, flavor, clarity, fragrance and color. Nearly a third of Yamaguchi’s production is consumed locally or at the brewery restaurant; the remainder is sold throughout Japan or exported.

Yamaguchi Beers began receiving recognition at BeerFes, an event sponsored by the Craft Beer Association in Japan. In 2018 Yamaguchi’s Pale Ale became a World Beer Award Winner, and Yamada Nishiki Rice Lager received the World Beer Award for the Best Rice Beer. Other award winners include the Yamaguchi Stout, receiving a Silver Medal and the Weizen clinching a Bronze. Microbrew aficionados appreciate the complex character and Yamaguchi’s uncanny ability to pair with a wide range of gourmet cuisine. Even the label has received acclaim, winning both the American Package Design Award and the American Graphic Design Award in 2020. 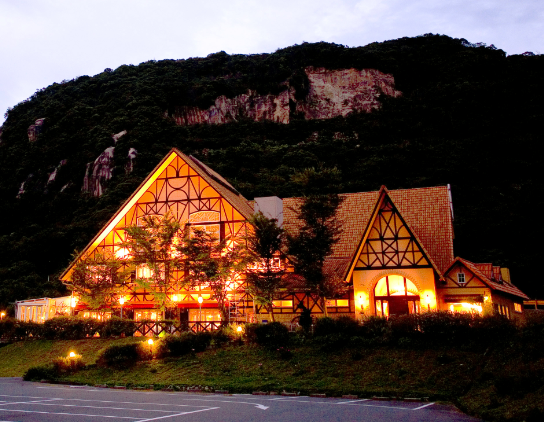